Ever wondered what it would be like to study abroad in France? Come hear real stories from students who have studied in France this Friday, November 3, at 2:30pm in Moore 151. Bring your questions, bring your friends, and get inspired to travel during this special presentation! Snacks and extra credit provided #studyabroad #activities #french #France 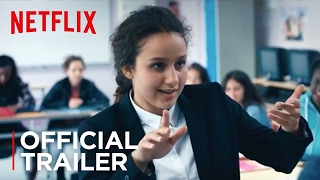 Join us Friday, October 27 at 2:30pm in Moore 151 for a screening of the film Divines. Directed by Houda Benyamina, 2016 Starring Oulaya Amamra, Déborah Lukumuena, Kevin Mischel Awards: 14 wins, 11 nominations including Winner of the Cannes Film Festival Golden Camera Award, 2016; nominated for Golden Globes Best Motion Picture, Foreign Language A shrewd teenager and her wisecracking best friend plan to get rich or die trying by following in the footsteps of a flashy female

...to the South Pacific and South America, that is! Join us for a special presentation on French Guiana and New Caledonia! By Leah Pappas, SLS/Lingusitics Friday, October 20 at 2:30 pm in Moore 151 Free snacks and Extra credit available! #culture #french #frenchclub #authentic

French Club this Friday (October 13): Learn about the art of Mime!

Every year, the French Ministry of Education and the Cultural Services of the French Embassy in Washington, D.C. offers approximately 1,200 teaching assistantships for American citizens and permanent residents to teach English in public schools across all regions of metropolitan France and in the overseas departments of French Guiana, Guadeloupe, Martinique and Réunion. Applications for the 2018-2019 school year are NOW AVAILABLE online at tapif.org. Find out more information